Interview: Lin-Manuel Miranda on The Telegraph for His Dark Materials

On October, 28 The Telegraph released an interview with Lin-Manuel Miranda, in which the artist talks about the TV show His Dark Materials, the criticism Hamilton received and much more.

Some highlights from the article.

Last year, he talked about their [his and Vanessa Nadal’s] shared love of Philip Pullman’s His Dark Materials novels – “We read them together when we were first dating, they were the books we fell in love to.” They were the reason why he couldn’t turn down the opportunity to play the buccaneering, balloon “aëronaut” Lee Scoresby in the BBC’s big-budget adaptation of the trilogy, which returns for a second series on November 8. It fell into “the category of: would I kick myself for ever if I said no? … because my wife and I love those books so much”. So is his Lee Scoresby the way his reading partner imagined him? “No idea,” he laughs. He pitched the idea that Scoresby should sport a “Clark Gable moustache”, he volunteers, although he suggests that he ends up looking more like the celebrated Mexican comedian Cantinflas.

He describes himself as “the token American” in the cast of His Dark Materials. Does he think that the show’s diverse casting has added to the richness of the story? “I think that it is to the benefit of any fantasy world to diversify the cast – you’re telling me we can have orcs and dwarves and daemons, but we can’t have more than one skin hue?” It’s an interesting moment to discuss it because, although the release of the film of his first musical, In the Heights, has been pushed back to next June, the trailer had already been released, and was, as is now customary, greeted by criticism on the outlet for collective hysteria that is social media. The story focuses on Washington Heights, a mostly Latino neighbourhood in New York, close to where Miranda grew up. The criticism focused on a perceived lack of representation of people from an Afro-Dominican background in that area of the city. “I think when people see the movie, they’ll see that we really have done our best to represent everybody, Afro-Latinos included,” he responds.

“I think if I were in love with statues, we wouldn’t have made Hamilton the way we made it,” he says, sounding ever so slightly exasperated by the question. “We were obviously never trying to make idols of these people. The goal was to make them as human and as flawed as possible… If there’s any thesis in the show, it’s that these guys were making it up as they went along… and their foibles and their contradictions make it into the contradictions of our founding. “In terms of criticism, it’s all valid. I don’t believe criticism equals cancellation. I know what didn’t make it into the show, I’m the one who spent six years writing it. That’s part of what comes with taking real life and trying to smoosh it into two and a half hours of musical theatre, there’s always going to be stuff that doesn’t make it in… Everything that’s not in the show is fair game to point out.”

He is a big fan of J K Rowling’s Harry Potter books (which to many are a less cerebral alternative to Pullman’s trilogy). I want to know whether he is conflicted about Rowling’s comments this year about sex and gender. “I am disheartened and saddened by them as a fan,” he says. “And by her continued insistence on pushing this point, when there are so many other things, so many issues. I was very moved by Daniel Radcliffe’s statement in which he says, this does not take away the world you lived in and the experience you’ve had with these books, and I’m trying to hold on to that.”

Read the whole feature under the cut. END_OF_DOCUMENT_TOKEN_TO_BE_REPLACED

BBC released a new trailer for the second season of His Dark Materials with a brand new featurette. The new season will debut on BBC One and BBC iPlayyer on November, 8.

Check the trailer and the featurette below.

Video: ‘Two Goats Who Will Vote’ with Jimmy Fallon

Two years after the hit “Two goats in a boat,” Jimmy Fallon and Lin-Manuel Miranda reprise it to tell people to vote.

Check the video below.

HBO Documentaries shared on their site a lot of new material to promote Siempre, Luis. Among the interviews, there are two with Luis and Lin-Manuel Miranda.
In the first, the two of them sit together, at the United Palace Theater in Washington Heights, to discuss how he traded a career in psychology for a life in politics and how he’d like to be remembered.
In the second, they are joined by director John James,for a virtual conversation about the impact of Miranda’s activism and the themes of the film.

Check both interviews below.

Photos: A West Wing Special to Benefit When We All Vote Screencaptures

On October 15, A West Wing Special to Benefit When We All Vote debuted on HBO Max. The cast of the beloved TV series got together for a stage reading of the show episode “Hartsfield’s Landing,” to benefit the non-profit, nonpartisan organization founded by Michelle Obama and co-chaired Lin-Manuel Miranda, among others. During one of the act breaks, Miranda appeared to share a message about voting.

We added in our Gallery all the screencaptures from his bit. 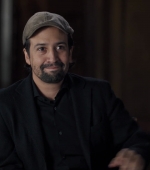 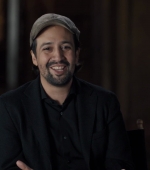 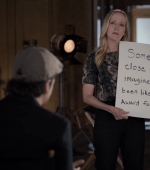 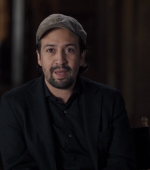 Page 1 of 102« Previous 1 2 3 4 5 … 102 Next »
Official Lin (Manuel) Miranda
Site Twitter Facebook Tumblr YouTube
Current Projects
2020
Alexander Hamilton
Hamilton (Filmed Original Broadway Production)
The real life of one of America's foremost founding fathers and first Secretary of the Treasury, Alexander Hamilton. Filmed live on Broadway from the Richard Rodgers Theatre with the original Broadway cast. On Disney+ from July, 3 2020
2020
Himself
We Are Freestyle Love Supreme
A documentary that portray the journey of the improvisation hip-hop group Freestyle Love Supreme from 2005 to 2019. On Hulu from July, 17 2020
2020
Lee Scoresby
His Dark Materials
A young girl is destined to liberate her world from the grip of the Magisterium which represses people's ties to magic and their spirit companions known as dæmons. Streaming on BBC iPlayer and HBOMax.
2021
Piragua Guy
In the Heights
A feature version of the Broadway musical, in which a bodega owner has mixed feelings about closing his store and retiring to the Dominican Republic after inheriting his grandmother's fortune. In US theaters and on HBOMax on June 18, 2021.
Site Information