We can all watch the full Bartlett series, with Lin-Manuel Miranda as special guest in two episodes, on the official YouTube Channel and enjoy all the screen captures in our Gallery. 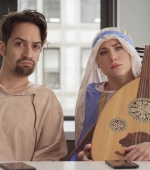 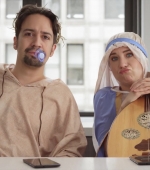 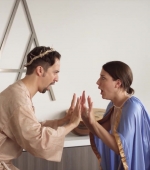 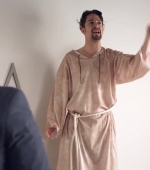 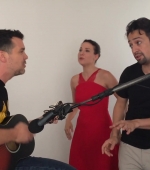 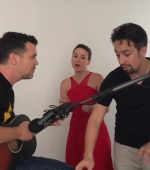 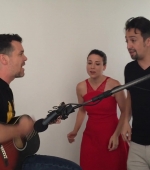 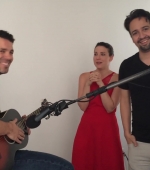 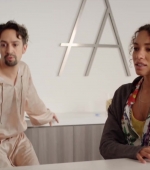 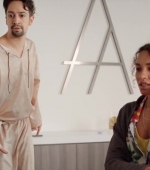 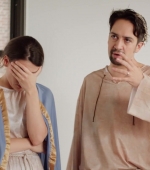 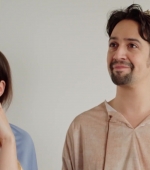 On April 12, Lin-Manuel Miranda attended the opening of Broadway vaccination site with New York Mayor de Blasio and he got vaccinated, as his father Luis documented in a tweet. 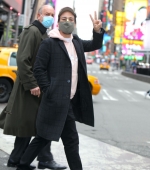 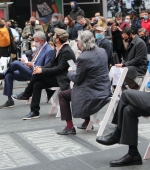 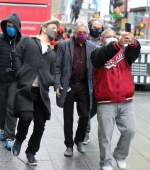 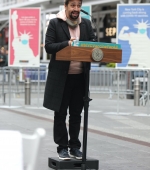 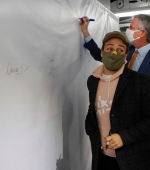 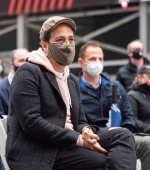 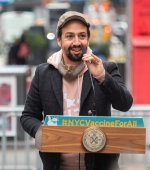 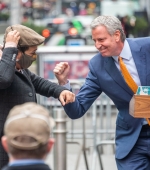 Under the cut you can find the video of the event.
END_OF_DOCUMENT_TOKEN_TO_BE_REPLACED

VARIETY shared two videos with coverstars Lin-Manuel Miranda and Jon M. Chu, an interview and a behind-the-scenes of the photoshoot.

Feature: ‘In the Heights’ Lin-Manuel Miranda and Jon M. Chu on the Hard Fight to Turn the Groundbreaking Musical Into a Movie

Lin-Manuel Miranda and Jon M. Chu are VARIETY coverstars and the long coverstory includes a lot of voices from In The Heights. 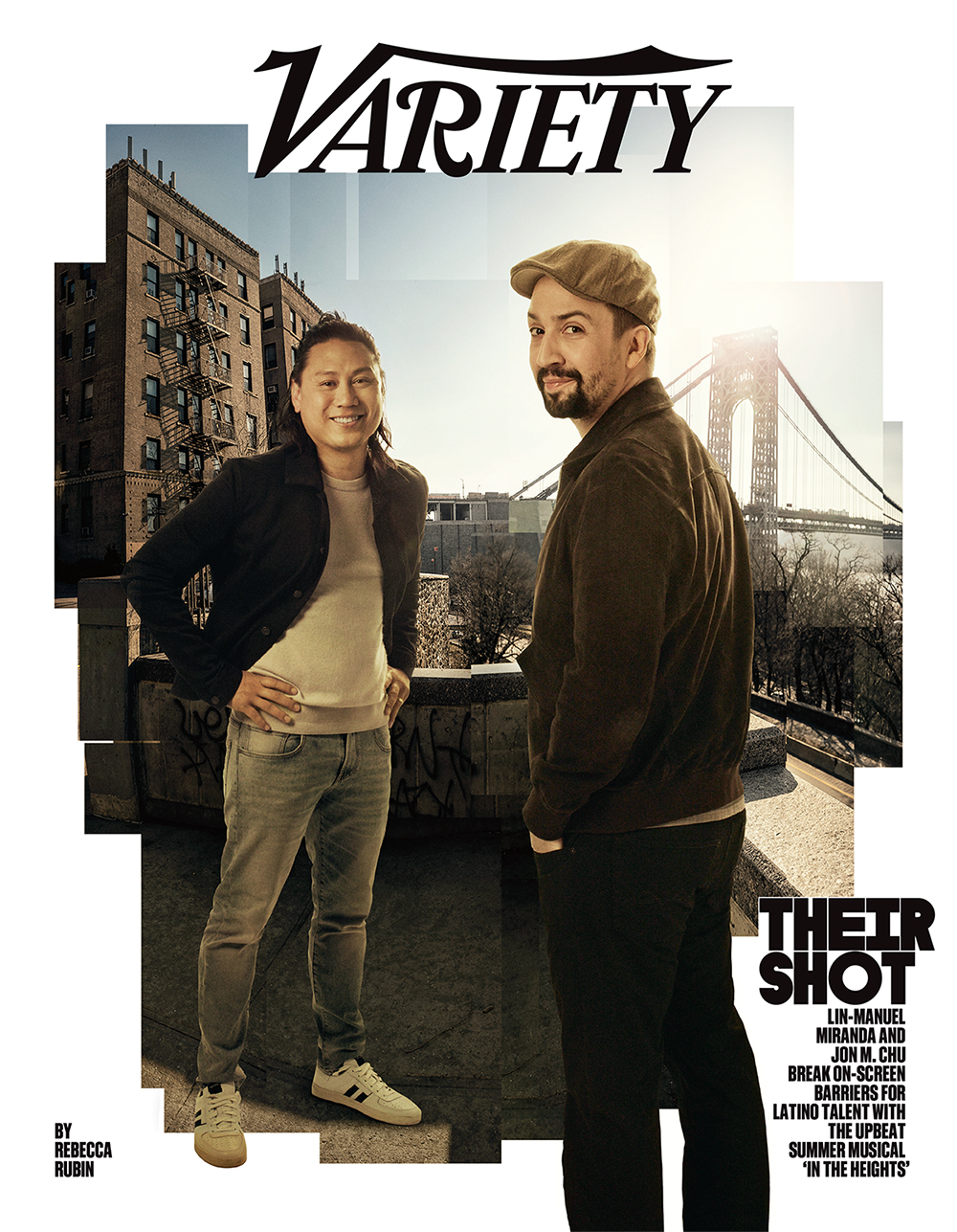 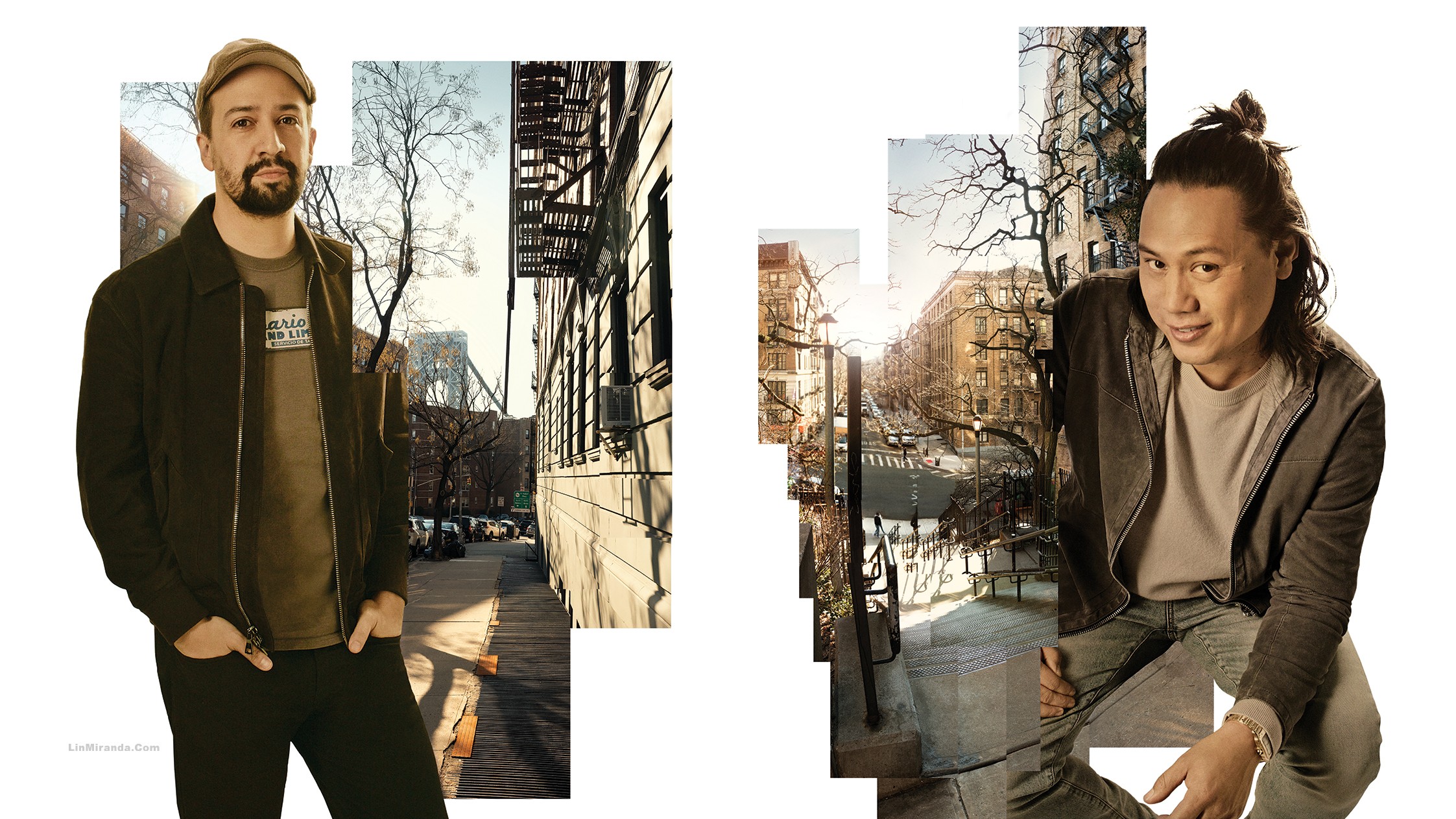 When Lin-Manuel Miranda was pitching his musical In the Heights nearly two decades ago, Broadway heavyweights stumbled over what he was selling. They wanted the young female protagonist Nina, who drops out of Stanford, to have a more dramatic reason for leaving school than the pressures of being the first in her family to go to college.

“I would get pitches from producers who only had ‘West Side Story’ in their cultural memory,” Miranda recalls. “Like, ‘Why isn’t she pregnant? Why isn’t she in a gang? Why isn’t she coming out of an abusive relationship at Stanford?’ Those are all actual things I was pitched.” He pauses for a moment, not to entertain those queries but to consider their absurdity. “Because the pressure of leaving your neighborhood to go to school is fucking enough. I promise. And if it’s not dramatic enough, that’s on us to show you the fucking stakes.”

Miranda stood his ground. The show that he wanted to create emerged from his memories of growing up in New York’s Washington Heights neighborhood and from the painful realization that Broadway roles for Latinos were limited. So he used hip-hop and salsa to pay homage to a close-knit community of immigrants and strivers, bodegas and block parties, friends who feel like family and families that deal with the tensions of trying to make it in the greatest city in the world. In the Heights would eventually open on Broadway in 2008, winning four Tonys and launching Miranda’s career.

Now, that musical is becoming a major summer film directed by Jon M. Chu. The Warner Bros. movie is finally coming out, both in theaters and on the streaming service HBO Max, on June 11. Even after a year’s delay due to the pandemic, the timing couldn’t be better.

And that’s not just because Miranda no longer has to fight to reflect the experiences that have since resonated with countless college students who have felt like Nina. “Because of the specificity of that struggle, I can’t tell you how many people have made it their business to tell me how much it means to them,” Miranda says.

Read the whole story under the cut.

END_OF_DOCUMENT_TOKEN_TO_BE_REPLACED

News: Warner Bros’ ‘In The Heights’ Moves Up A Week This Summer

The movie In The Heights will not come out in U.S. theaters and on HBO Max on June 18, but on June 11!

In the Heights leaves behind Disney/Pixar’s Luca on June 18 and goes to a weekend where the pic is the only wide release.

In the Heights is set in the titular Latinx community of New York City’s bustling Washington Heights. When the neighborhood’s charismatic local bodega owner, and the pic’s humble narrator, finally decides to fulfill his dream of going to the island his parents called home, his departure will change his beloved block forever.

The pic was originally scheduled to be released last summer before Covid pushed it to this year. Remember, all these 2021 Warner Bros theatrical releases are going day and date on HBO Max for the first 31 days. Good news is that they’ve been making some money at the B.O. at a depressed time when roughly 50% of all exhibition is shut down (that number soon going up with LA cinemas ablaze tomorrow).

Page 1 of 105« Previous 1 2 3 4 … 105 Next »
Official Lin (Manuel) Miranda
Site Twitter Facebook Tumblr YouTube
Current Projects
2020
Alexander Hamilton
Hamilton (Filmed Original Broadway Production)
The real life of one of America's foremost founding fathers and first Secretary of the Treasury, Alexander Hamilton. Filmed live on Broadway from the Richard Rodgers Theatre with the original Broadway cast. On Disney+ from July, 3 2020
2020
Himself
We Are Freestyle Love Supreme
A documentary that portray the journey of the improvisation hip-hop group Freestyle Love Supreme from 2005 to 2019. On Hulu from July, 17 2020
2020
Lee Scoresby
His Dark Materials
A young girl is destined to liberate her world from the grip of the Magisterium which represses people's ties to magic and their spirit companions known as dæmons. Streaming on BBC iPlayer and HBOMax.
2021
Piragua Guy
In the Heights
A feature version of the Broadway musical, in which a bodega owner has mixed feelings about closing his store and retiring to the Dominican Republic after inheriting his grandmother's fortune. In US theaters and on HBOMax on June 11, 2021.
Site Information