Video: Lin-Manuel Miranda and the cast talk about In The Heights with Entertainment Weekly

Also, check the scans in our Gallery. 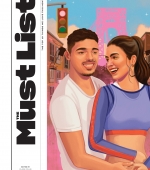 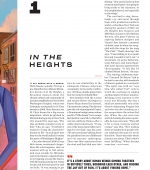 On June, 10 Lin-Manuel Miranda and Quiara Alegría Hudes present a free screening of In the Heights at United Palace Theater.

Check all the pictures in our Gallery. 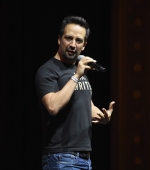 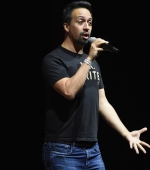 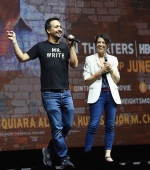 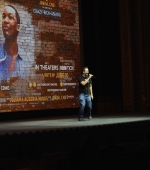 Lin-Manuel Miranda, Quiara Alegría Hudes and Jon M. Chu had a chat with The New York Times about In The Heights.

Check the photos in our Gallery and the article below. 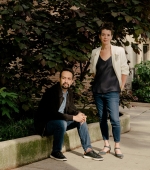 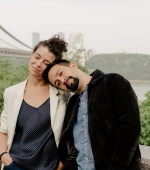 Lin-Manuel Miranda still believes it was a miracle that In the Heights, the musical homage to Latino culture through the lens of the Washington Heights neighborhood, made it to Broadway. Back in 2008, before striving for inclusion became the entertainment industry standard, he and the playwright Quiara Alegría Hudes were unknowns peddling a joyful narrative about unseen people.

Their exuberant show inspired by their families and neighbors finally reaches the big screen (and HBO Max) this week after stumbling through multiple studios. Warner Bros. and the director Jon M. Chu (Crazy Rich Asians) were ultimately entrusted with the project.

In retrospect, Miranda said, it was naïve to think that getting the show from the stage to the multiplex would be easy. It took more than a decade.

Some of the hurdles were about Hollywood’s unwillingness to take chances on new talent and invest in that, Miranda said. When you watch this movie that Jon has so beautifully directed, you see a screen full of movie stars, but some of them you may not have heard of before. They were movie stars without the roles they needed to become movie stars.

The movie features a cast of emerging and seasoned talents, including Anthony Ramos as a bodega owner with dreams of returning to the Dominican Republic, Melissa Barrera as an aspiring fashion designer and Leslie Grace as a struggling Stanford student, and was shot on location with all the panache that a reported $55 million budget can achieve. Depressingly, Miranda said, the show and now the film remain an anomaly. He hopes for the day when In the Heights is free of the burden of representation that it bears, as more productions of its size and cultural relevance receive equal support and exposure.

Read the interview to the three creatives under the cut.
END_OF_DOCUMENT_TOKEN_TO_BE_REPLACED

Coverage: Lin-Manuel Miranda at the premiere of In The Heights at the Tribeca Film Festival

On June 9, Lin-Manuel Miranda attended the premiere of In The Heights movie during the Tribeca Film Festival at United Palace Theater and posed with the stars of the movie, his family, his wife Vanessa Nadal and Robert De Niro.

Check all the pitures in HQ in our Gallery. 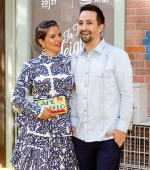 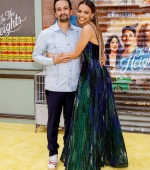 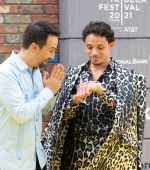 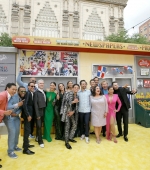 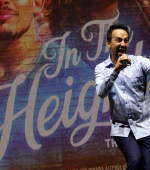 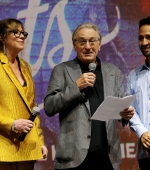 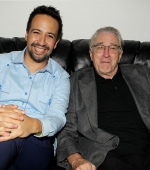 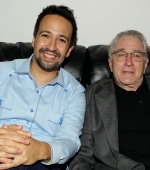 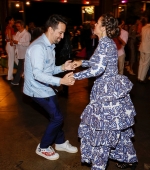 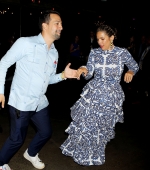 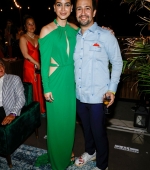 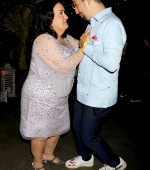 You can find some videos of interviews from the red carpet.

END_OF_DOCUMENT_TOKEN_TO_BE_REPLACED

Coverage: Lin-Manuel Miranda talks about In The Heights movie on The Tonight Show Starring Jimmy Fallon

On June, 8 Lin-Manuel Miranda appeared on The Tonight Show Starring Jimmy Fallon to talk about In The Heights movie and also performed an ode to Broadway with Fallon, Olga Mereditz, Jimmy Smits, Laura Benanti, Kristin Chenoweth, Phylicia Rashad and Christopher Jackson. For the occasion, Miranda wore the exclusive In The Heights x FootLocker x FILA sneakers!

Check the videos below and the HQ pictures in our Gallery! 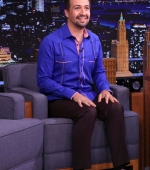 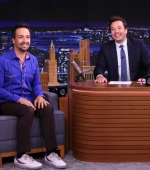 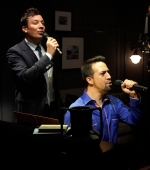 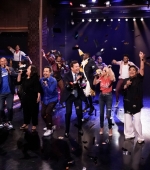 Page 1 of 531 2 3 … 53 Next »
Official Lin (Manuel) Miranda
Site Twitter Facebook Tumblr YouTube
Current Projects
2020
Alexander Hamilton
Hamilton (Filmed Original Broadway Production)
The real life of one of America's foremost founding fathers and first Secretary of the Treasury, Alexander Hamilton. Filmed live on Broadway from the Richard Rodgers Theatre with the original Broadway cast. On Disney+ from July, 3 2020
2020
Himself
We Are Freestyle Love Supreme
A documentary that portray the journey of the improvisation hip-hop group Freestyle Love Supreme from 2005 to 2019. On Hulu from July, 17 2020
2020
Lee Scoresby
His Dark Materials
A young girl is destined to liberate her world from the grip of the Magisterium which represses people's ties to magic and their spirit companions known as dæmons. Streaming on BBC iPlayer and HBOMax.
2021
Piragua Guy
In the Heights
A feature version of the Broadway musical, in which a bodega owner has mixed feelings about closing his store and retiring to the Dominican Republic after inheriting his grandmother's fortune. In US theaters and on HBOMax on June 11, 2021.
Site Information