News: “Siempre, Luis” will debut on HBO and HBO Max on October 6th

The documentary about Luis Miranda Jr., Siempre, Luis, will debut on HBO and HBO Max on October 6th. Luis and Lin-Manuel Miranda presented the movie at the 2020 Sundance Film Festival, with the director John James.

Check the trailer below and all the promos in our Gallery. 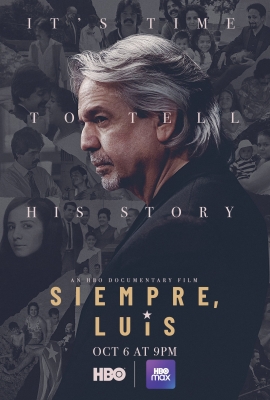 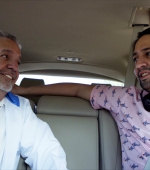 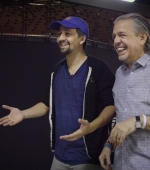 HBO and BBC unveiled the first-look teaser trailer for His Dark Materials season 2, during the show’s Comic Con @ Home panel.

Check it out below to see Lin-Manuel Miranda wearing Lee Scoresby’s hat again.

To celebrate the premiere of the Hamilton movie on Disney Plus on July, 3 Coca-Cola donated $1 million to World Central Kitchen (WCK) to serve 100,000 meals in the United States and Mexico.

Coca-Cola is collaborating with Hamilton Creator Lin-Manuel Miranda and World Central Kitchen Founder, Chef and Humanitarian José Andrés ahead of the July 3 premiere of Hamilton on Disney+ to fight food insecurity with a focus on diverse communities disproportionately affected by COVID-19 and ongoing social injustice.

Coca-Cola is announcing a $1 million donation to World Central Kitchen (WCK) to serve 100,000 meals in the United States and Mexico, with plans for global expansion. Additionally, the donation will help approximately 150 local restaurants in communities hit hardest by COVID-19 to rehire up to 1,400 employees.

Read more at the source

In a video, Miranda and Chef José Andrés discuss how COVID-19 has affected food insecurity, check it below.

Page 1 of 23« Previous 1 2 3 4 … 23 Next »
Official Lin (Manuel) Miranda
Site Twitter Facebook Tumblr YouTube
Current Projects
2020
Alexander Hamilton
Hamilton (Filmed Original Broadway Production)
The real life of one of America's foremost founding fathers and first Secretary of the Treasury, Alexander Hamilton. Filmed live on Broadway from the Richard Rodgers Theatre with the original Broadway cast. On Disney+ from July 3, 2020
2021
Piragua Guy
In the Heights
A feature version of the Broadway musical, in which a bodega owner has mixed feelings about closing his store and retiring to the Dominican Republic after inheriting his grandmother's fortune. In US theaters and on HBOMax on June 10, 2021.
2021
Director
tick, tick... BOOM!
On the brink of turning 30, a promising theater composer (Andrew Garfield) navigates love, friendship and the pressure to create something great before time runs out. In selected theaters from on November 12 and on Netflix from November 19, 2021
2021
Songwriter
Encanto
The film is centered on a young girl and her family in Colombia, who all have magical powers, sadly, the young girl has no powers. In theaters on November 24 and on Disney Plus from December 25, 2021.
Site Information