News: Hamilton gets a behind-the-scenes documentary on Disney Plus

Hamilton is getting a behind-the-scenes documentary that will reunite the original Broadway cast to discuss the show’s origins and legacy. It will premiere Friday alongside the filmed recording of the Broadway show.
The Undefeated Presents: Hamilton In-Depth with Kelley Carter premieres on July 3, exclusively on Disney+ and TheUndefeated.com. 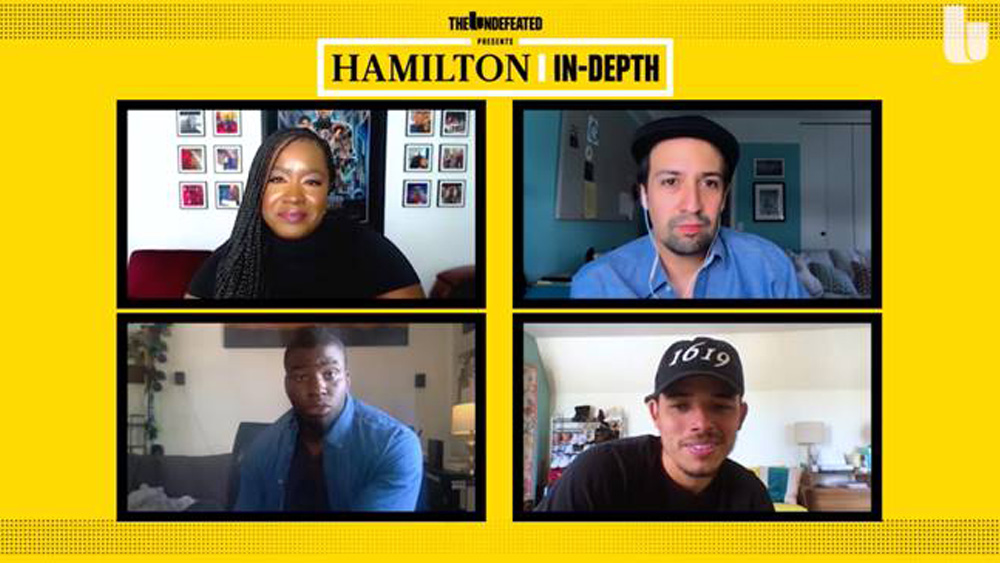 DEADLINE: In addition to the July 3 release of the filmed version of the Tony-winning musical Hamilton, Disney+ and TheUndefeated.com will put more shine on the groundbreaking musical with the special The Undefeated Presents: Hamilton In-Depth with Kelley Carter, which will debut on the same day.

“The story and subject matter that ‘Hamilton’ covers, and the creative vision of its architects and actors, are more timely than ever,” said Jimmy Pitaro, President of ESPN and Co-Chair, Disney Media Networks. “The Undefeated, and Kelley L. Carter, are uniquely positioned to help connect audiences – whether they have never seen the show, or have seen it 10 times – to the creative process, people and significance of ‘Hamilton’ as it debuts on Disney+.”

During the virtual roundtable, Carter will talk to the original Broadway cast, who all reprise their roles for the filmed version, about the cultural impact of the musical and how the story parallels the current landscape where those in the margins are fighting for change when it comes to systemic racism and social injustice.

“The cast of Hamilton didn’t come to play,” said Carter. “They are accomplished performers who created genre-shifting art, but they also understand this unprecedented time in history and why their voices matter. This special isn’t just about one of the most important pieces of work to ever play on Broadway. This is about how art inspires activation. And, well, how activation inspires great art.”