Podcast: Lin-Manuel Miranda on The Good Place: The Podcast

During the show’s hiatus, host Marc Evan Jackson shoots the shirt with celebrity fans of The Good Place. In this episode, Lin-Manuel Miranda talks about his role opposite William Jackson Harper as a rapping apple in The Electric Company, playing Amy Santiago’s brother on Brooklyn Nine-Nine, his inspiration and process for writing Hamilton and much more.

Lin-Manuel and Conan sit down to chat about the perks of youth theatre, rhyming as a superpower, the magic of Queen & David Bowie’s “Under Pressure,” and handling the immeasurable success of ‘Hamilton.’

On June 06, Lin-Manuel Miranda visited Austin and participated to a Latino Victory Fund Event with his father Luis. They also gave an interview. Check below the video and the audio of the interview and head to our Gallery to see the photo of the day. 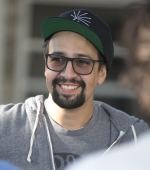 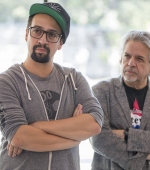 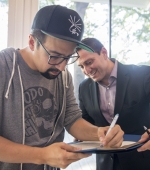 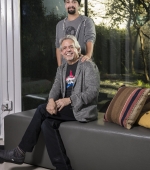 During the world promotional tour of Mary Poppins Returns, its star Lin-Manuel Miranda stopped by different radios and podcasts to talk abou the movie and more.
Below you can check a few of those interview for NPR, Empire Magazine, Pop Culture Confidential and BBC Front Row.

We are just a few weeks away from the release of Mary Poppins Returns. Now, the soundtrack, which Walt Disney Records will release on December 7, can pre-ordered here, but it’s not enough! Available online there are the first two songs: The Place Where Lost Things Go, performed by Emily Blunt, and Trip a Little Light Fantastic, performed by Lin-Manuel Miranda. Check out the two versions of Miranda songs on Youtube and the shorted version on Spotify as well.

And in Gallery you can find some new stills! Page 1 of 5« Previous 1 2 3 4 5 Next »
Official Lin (Manuel) Miranda
Site Twitter Facebook Tumblr YouTube
Current Projects
2020
Lee Scoresby
His Dark Materials
A young girl is destined to liberate her world from the grip of the Magisterium which represses people's ties to magic and their animal spirits known as daemons.
2020
Piragua Guy
In the Heights
A feature version of the Broadway musical, in which a bodega owner has mixed feelings about closing his store and retiring to the Dominican Republic after inheriting his grandmother's fortune.
Site Information