Video: Eighth round of In The Heights movie junket press

We collected the inteviews, video and written, that Lin-Manuel Miranda gave so far to promote In The Heights movie. 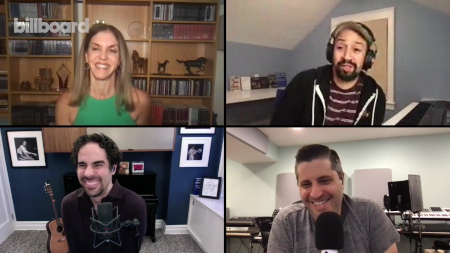 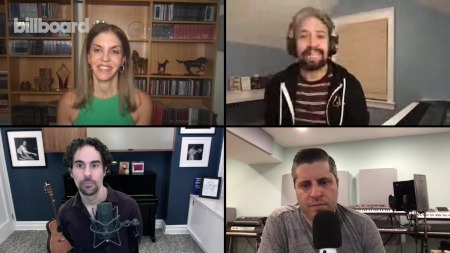 LOS ANGELES TIMES: [Tlaking about ‘Paciencia y Fe’] I grew up with a live-in nanny [named Edmunda Claudio] who helped take care of my father in Puerto Rico and my sister and I in New York. My earliest memories were being in the bodega on our corner of 200th Street. She played the numbers every day while I ate Now & Laters. And so it was, “What if she won?”

In 2004, I got a job with a summer school arts program. My co-teacher was Dominique Morisseau, it was her and I playing theater games with fourth graders. You’re an L.A. paper, so I will tell you: From 212th Street where I lived, that’s the A train to the E train all the way out to the end of Queens to the J/Z train into Woodhaven. It can be a two-hour commute. I’d break it up at the Drama Bookshop and chip away at this song for an hour before the second leg of the trip. It took me all summer to write.

When I was writing the section in Cuba, I called a family friend from there and asked, “What is the Washington Heights equivalent of Havana? Like, what is the immigrant working-class neighborhood there that she and her mother would be from?” All the details from that phone conversation are in the song.

Toward the end of my abuela’s life, we were able to put her in a nursing home in the neighborhood on 190th and Audubon, which is through that tunnel on the 1 train and up the elevator. So for Abuela Claudia to end up singing her song in the tunnel I used to visit the person she was based on was hugely meaningful.

We filmed it on the hottest weekend of the summer. Olga is in all these prosthetics and her makeup is f— melting off.

For the movie, we were taking that out [revealing Abuela Claudia si the winner of the lottery], and getting rid of the lyrics, ‘What do I do with this winning ticket? What can I do but pray?’ Without the lottery ticket, she was taking us on this journey while running errands, going to her dry cleaner. We struggled with, why is this song in this movie?

I didn’t realize in 2004 that I was writing a deathbed song, but it makes sense in the movie.

Olga Merediz, Jon M. Chu and more creatives were involved in the article.

Video: Lin-Manuel Miranda in video promo for In The Heights movie

Video: Seventh round of In The Heights movie junket press