The Empire State Building announced the completion of the entirely re-imagined Observatory Experience with the opening of its redesigned 80th floor. To celebrate the unveiling, the Empire State Building premiered a new music video starring Lin-Manuel Miranda. Set to the Hamildrop Miranda wrote with Broadway legend John Kander, “Cheering For Me Now,” the video features a new music-to-light show designed by world-renowned lighting artist Marc Brickman and footage of Lin-Manuel exploring the all-new Observatory Experience, plus some footage from the two video clips released last year, the official one and orchestra version. Miranda visited the Empire State Building on November, 25 to light it blue in support of Small Business Saturday.

Check the new video clip below and the screen captures of Lin-Manuel in our Gallery. 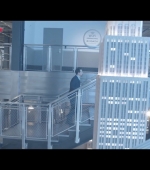 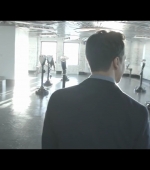 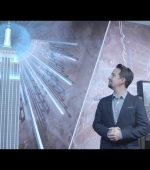