We added in our Gallery all the beautiful promotional stills of the Hamilton movie with Lin-Manuel Miranda and tons of screencaptures. 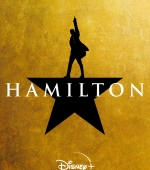 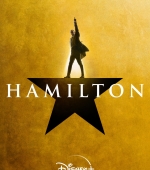 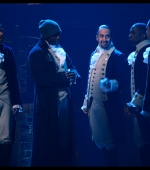 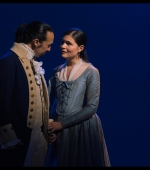 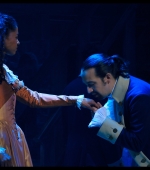 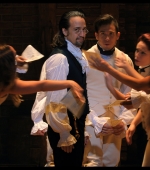 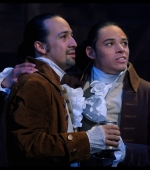 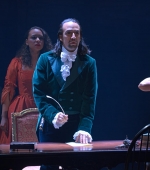 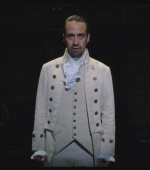 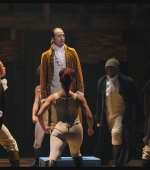 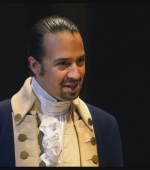 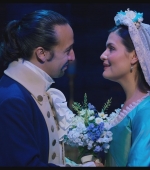 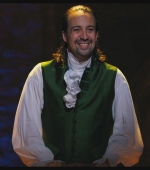 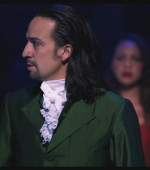 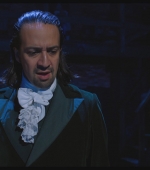 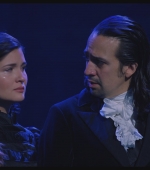 Lin-Manuel Miranda connects with Zane Lowe to discuss the original Broadway production of Hamilton. He talks about hip-hop influences that inspired the writing process, recreating uncomfortable moments in history and the impact of the worldwide phenomenon, and puts together a playlist.

Check interview and playlist below.

Some of the interviews Lin-Manuel Miranda gave in the last weeks don’t really fit the bill as “junket press”, but are too good to do not be saved and shared.

Let’s start with Miranda and the cast of Hemilton takinf the BuzzFeed quiz “Which “Hamilton” And Disney Characters Are You A Perfect Combo Of?”. Check it below.

Under the cut there are videos from Wired, Rotten Tomatoes and Good Morning America, and a writen interview from Harper’s Bazaar.

END_OF_DOCUMENT_TOKEN_TO_BE_REPLACED

In a long chat with British GQ, Lin-Manuel Miranda talks about the Hamilton movie, but also about how he is coping with the quarantine life and the projects he is working on at the moment. 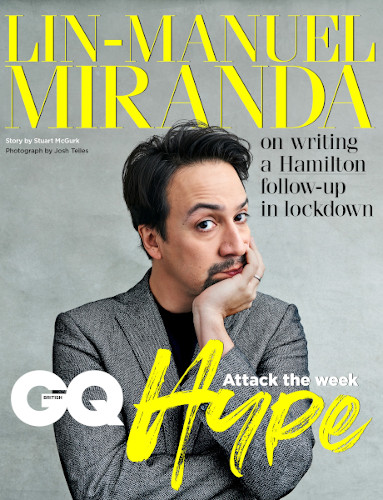 In his head, Lin-Manuel Miranda has an alternative timeline of what he would be doing right now. The 40-year-old would have recently finished filming his directorial debut, for one, the Netflix adaption of the Broadway musical Tick, Tick… Boom!, which survived just ten days of shooting before everything shut down. Right now, he says, he should be in the edit.

Instead, he’s on a Zoom call, talking to GQ from his home about a filmed version of Hamilton, which wasn’t due out for another year, and he’s apologising for the fact that it doesn’t say “Lin-Manuel Miranda” on his screen, but “Lin-Sebastian’s dad”, as it “defaults to the time I did a parent-teacher conference”.

Hamilton, for those who’ve somehow missed one of the key cultural moments of the last decade, is the smash-hit Broadway musical that single-handedly made Broadway musicals cool. Written by and initially starring Miranda, it managed to do it, somewhat improbably looking back, by rapping about the Founding Fathers and specifically about a plucky upstart by the name of Alexander Hamilton.

The show itself was nominated for a record-setting 16 Tony Awards, winning eleven along with a Pulitzer, and made Miranda an instant superstar. He’s gone on to Hollywood leading roles – he played chimney sweep Jack in the 2018 Disney remake Mary Poppins Returns – along with seeing his debut musical, In The Heights, set for a big-screen adaption next year.

For now, it’s Hamilton that will be arriving on our screens, courtesy of Disney+. Recorded over two of Miranda’s last performances in the musical, it was rushed forward after lockdown struck. “Once it became clear there was not going to be any theatre for the foreseeable future,” he says, “we all kind of pivoted and said, ‘Oh, this is actually an opportunity to remind people of the power of theatre when there is none.’”

Check the full conversation under the cut.

END_OF_DOCUMENT_TOKEN_TO_BE_REPLACED

Page 1 of 76« Previous 1 2 3 4 5 6 … 76 Next »
Official Lin (Manuel) Miranda
Site Twitter Facebook Tumblr YouTube
Current Projects
2020
Alexander Hamilton
Hamilton (Filmed Original Broadway Production)
The real life of one of America's foremost founding fathers and first Secretary of the Treasury, Alexander Hamilton. Filmed live on Broadway from the Richard Rodgers Theatre with the original Broadway cast. On Disney+ from July, 3 2020
2020
Himself
We Are Freestyle Love Supreme
A documentary that portray the journey of the improvisation hip-hop group Freestyle Love Supreme from 2005 to 2019. On Hulu from July, 17 2020
2020
Lee Scoresby
His Dark Materials
A young girl is destined to liberate her world from the grip of the Magisterium which represses people's ties to magic and their animal spirits known as daemons.
2021
Piragua Guy
In the Heights
A feature version of the Broadway musical, in which a bodega owner has mixed feelings about closing his store and retiring to the Dominican Republic after inheriting his grandmother's fortune.
Site Information