News: Lin-Manuel Miranda to Chronicle 20 Years of ‘In the Heights’ in New Book

Lin-Manuel Miranda announced that he, Quiara Alegría Hudes and Jeremy McCarter co-wrote a new book, In The Heights: Finding Home, which will be published on June, 22 by Penguin Random House in the United States and Headline in the United Kingdom. The tome, in different formats, is available on both sites for pre-order. 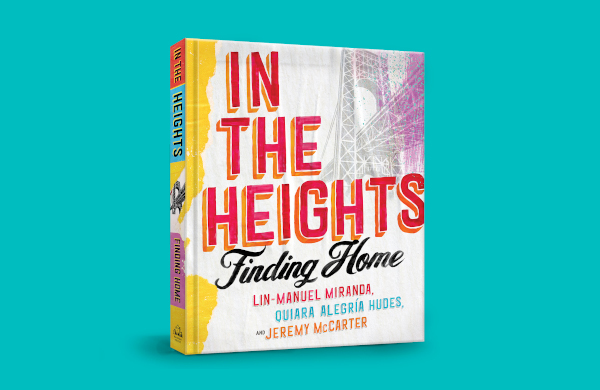 The Hollywood Reporter: Readers will have a chance to get a behind-the-scenes look at In the Heights in a new book.

Random House announced Tuesday that it will publish In the Heights: Finding Home, which will give a look at the beginnings of Lin-Manuel Miranda’s 2008 breakout Broadway debut and journey to the soon-t0-be-released film adaptation directed by Jon M. Chu.

After working together on the New York Times best-seller Hamilton: The Revolution, Miranda and co-author Jeremy McCarter reunite here, with Quiara Alegría Hudes, the Pulitzer Prize–winning librettist of the book for the Tony-winning Broadway musical and screenwriter of the motion picture, also an author.

In the upcoming book, the author trio will chronicle the 20 years of In the Heights, from Miranda’s first drawings at the age of 19 to the new movie set to release in theaters and on HBO Max on June 18. The book will also feature lyric annotations by Miranda, essays written by Hudes, and never-before-seen photos from productions and the movie set.

In the Heights: Finding Home will be published on June 22, 2021. An audiobook will be simultaneously released by Penguin Random House Audio. The book is available to be preordered now.

News: Warner Bros’ ‘In The Heights’ Moves Up A Week This Summer