Lin-Manuel Miranda guest-stars in the show as Fenton Crackshell-Cabrera, a.k.a. Gizmoduck. The Miranda-voiced Fenton, says the channel, is “Duckburg’s preeminent hero who has Latin roots,” a “brilliant young scientist” that marks a “reimagining” of the character by executive producer Matt Youngberg and co-producer and story editor Francisco Angones.

“I’m really excited that a new generation of kids will be growing up with DuckTales,” Miranda said. “As a huge fan of the original series, I love that I can share this new version with my sons.” 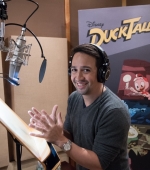 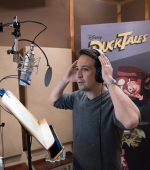