Freestyle Love Supreme is a freestyle, improvisational, hip-hop comedy show. During every show, the performers take suggestions from the audience and spin them into instantaneous riffs and full-length musical numbers.

The project was founded around 2003, while Lin-Manuel Miranda’s first musical, In The Heights, was being workshopped at the Drama Book Shop. It was conceived with Tommy Kail and Anthony Veneziale (Two Touch), co-founders of Back House Productions – which developed In the Heights – and, in association with Jill Furman, originally developed and produced at Ars Nova, in 2004.

The group chose its name as an homage to John Coltrane’s A Love Supreme, a nod to both its musical influences, which include jazz, soul, blues and hip-hop, and the expressive nature of Coltrane’s sound.

Eventually, Christopher Jackson (CJack) and Bill Sherman (King Sherman), two other In The Heights alumni, joined with Chris Sullivan (Shockwave) and Arthur Lewis (Arthur the Geniuses). Around 2006, Utkarsh Ambudkar (UTK) became part of the group, starting as a replacement for Miranda and Jackson, as In The Heights gained momentum and the two performers had to split their time between projects. In time, Andrew Bancroft (Jelly Donut) joined and became a member of the core of the group. Other performers, such as Tony Award winners James Monroe Iglehart (J-Soul) and Daveed Diggs (Mr. Diggs), joined as well.

Since their debut, the group has performed at the Edinburgh International Fringe Festival, the HBO US Comedy Arts Festival, the Melbourne Comedy Festival, Paramount Comedy UK, the Just For Laughs Festival in Montreal, Summit of Future of Storytelling, TEDxBroadway and TED2019: Bigger Than Us in Vancouver. The biggest part of their activity takes place in New York’s theaters, such as the Gramercy Theatre and the Joe’s Pub.

The show includes some base segments, all based on suggestions from the audience: Mic Check, in which each member introduces himself freestyling on the same word; Foundations of Freestyle, in which the crew freestyle a couple of verses about some words drawn from a bucket; True, introduced by the catchphrase “everything you’re about to hear it’s true”, in which usually a couple of rappers and a vocalist freestyle about a word, recalling personal experiences; What Y’all Know, in which the guys do informational raps about a person, a place and something else; Second Chance, in which the host solicits from audience members stories of life events they wish they could do over and the crew invents a new ending. In another segment, Day in the Life, the host brings an audience member on stage to describe the story of their day, so the crew can then riff on it, making a rap show out of the story.

In 2014, they released a self-titled TV show for Pivot, in which scripted scenes were mixed with filming of live performances at Joe’s Pub.

In Summer 2019 they announced a strictly limited 16-week Broadway, at the Booth Theater, from September to January. For the occasion, three new members were added to the cast: Aneesa Folds (Young Nees), Kaila Mullady (Kaiser Rösé) and Ashley Pérez Flanagan. 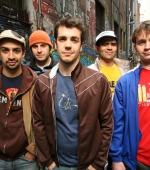 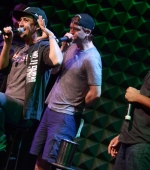 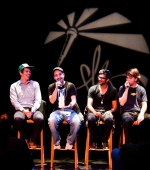 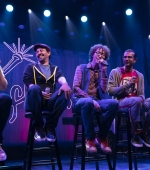 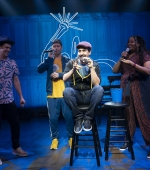 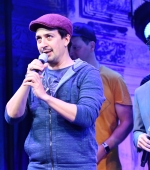 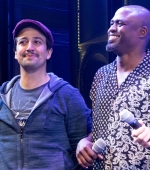