Feature: Lin-Manuel Miranda’s Most Revolutionary Role Yet on the WSJ.

Lin-Manuel Miranda graces the cover of the WSJ. with a long feature in which he talks about his life during the COVID-19 pandemic and the Hamilton movie. 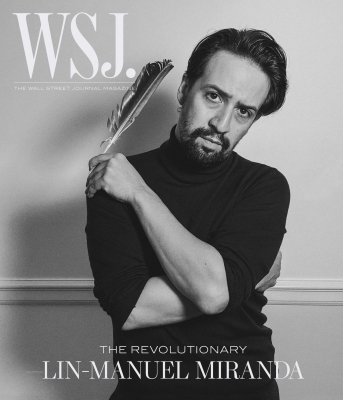 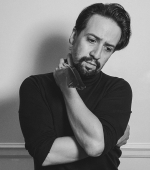 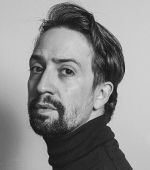 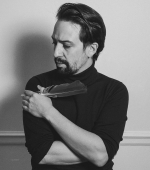 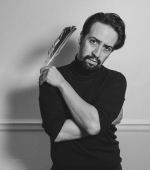 He and Nadal took turns supervising both Sebastian’s Zoom schooling (“Neither of us is quick to be a kindergarten teacher,” he says) and the care of their younger boy, 2-year-old Francisco. Isolated from their families and work colleagues, the Miranda-Nadals maintained their sanity by holding a weekly Thursday-night video cocktail hour with fellow alumni of Hunter College High School, which they both attended in the 1990s. At bedtime, Miranda settled in with Stephen Greenblatt’s book Will in the World: How Shakespeare Became Shakespeare, paying particular attention to the passages pertaining to the outbreaks of bubonic plague that regularly befell London and Stratford-upon-Avon in the early 17th century.

“I didn’t read it because I wanted to know more about Shakespeare,” he says of Greenblatt’s book. “I read it as a how-to manual, how to cope when your calling and your livelihood routinely closes down.” 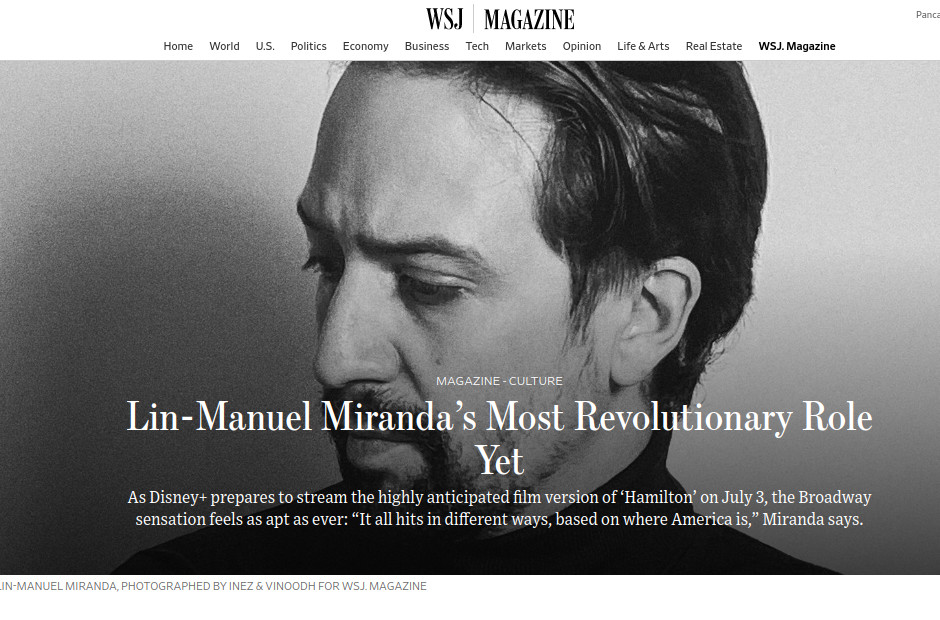 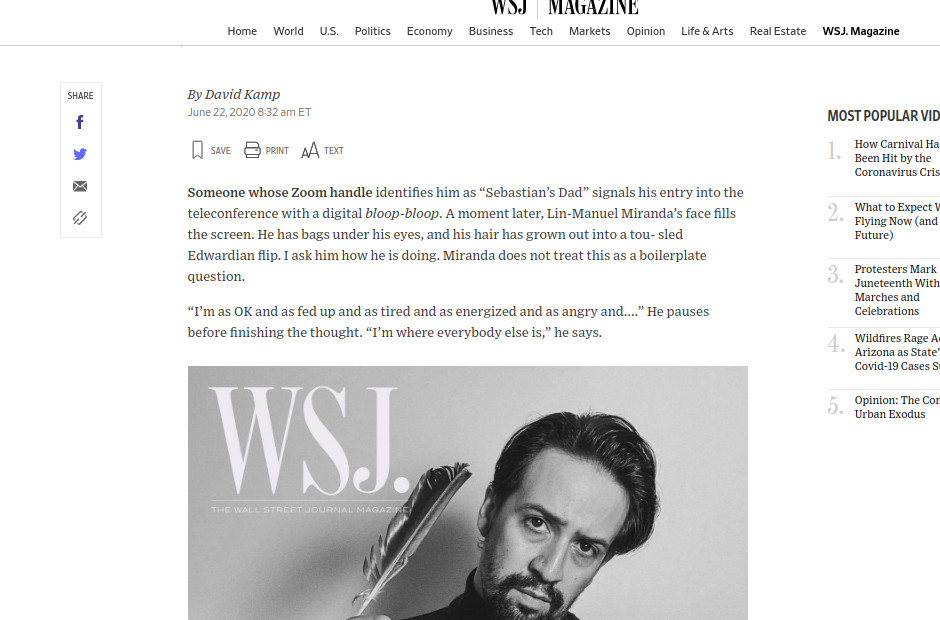 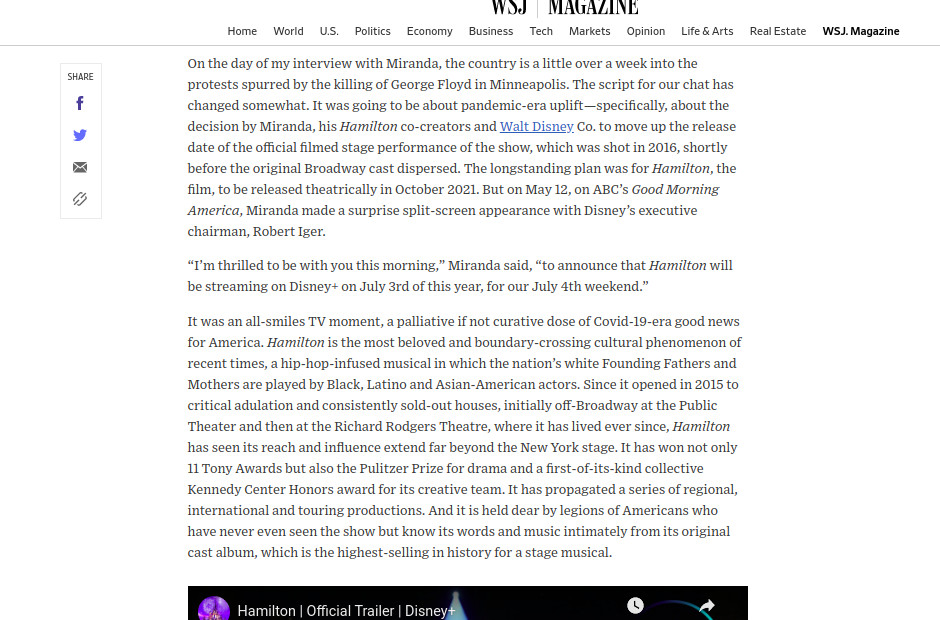 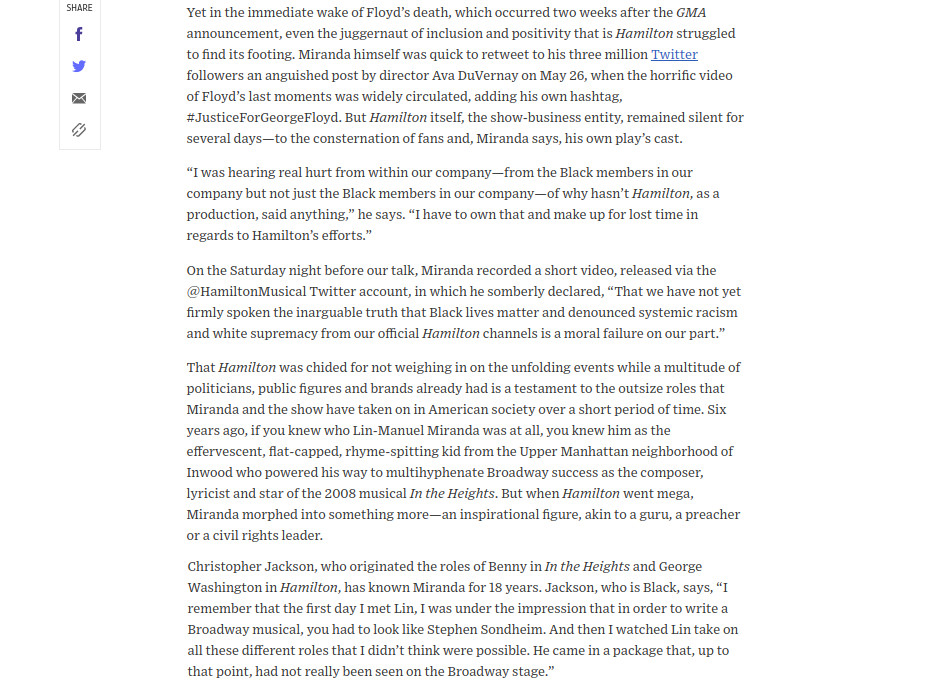 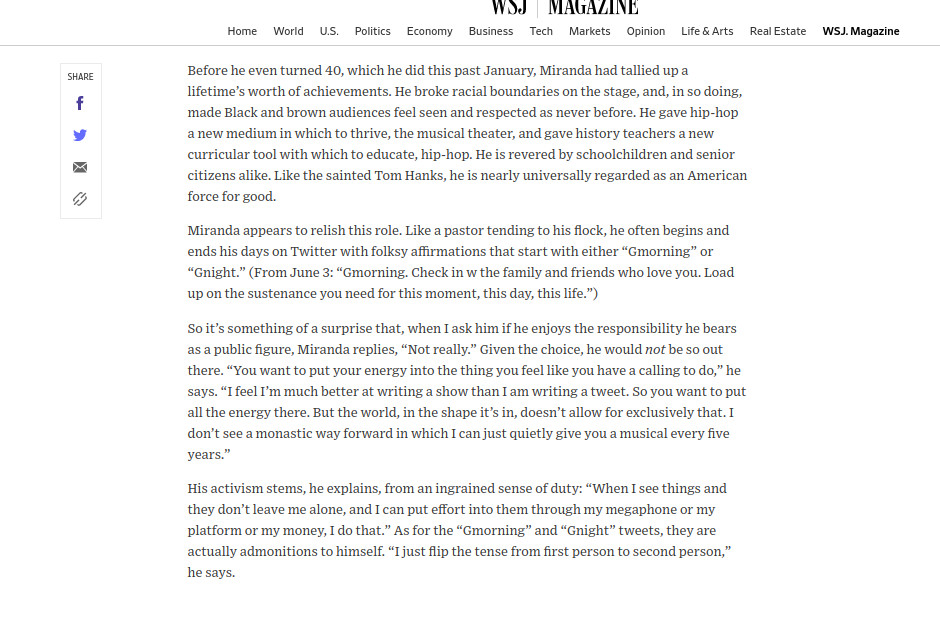 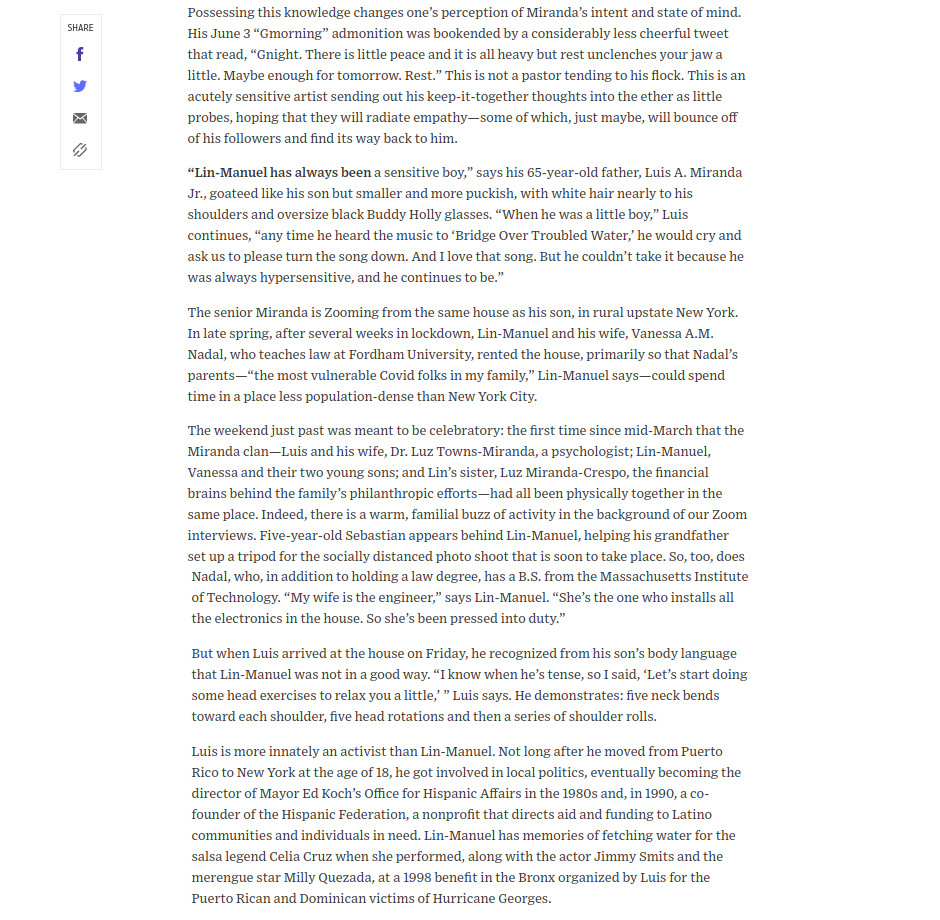 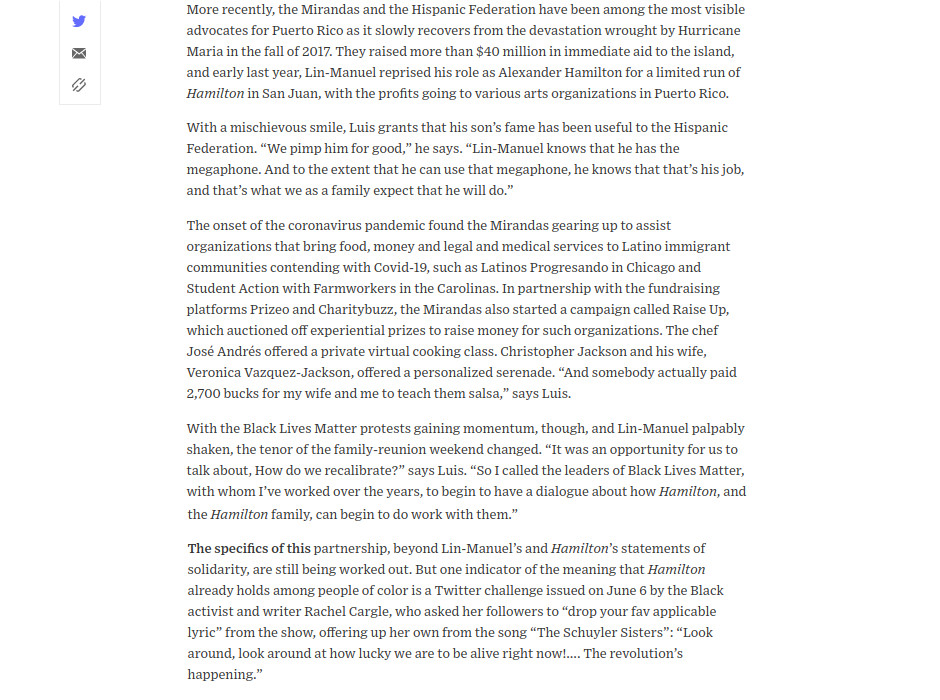 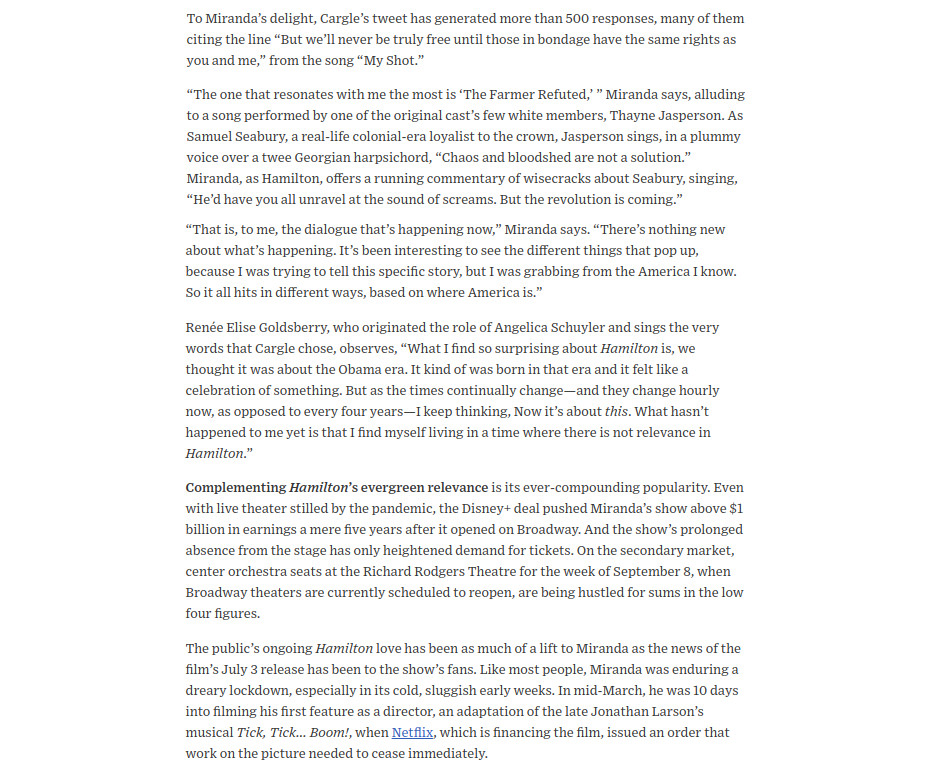 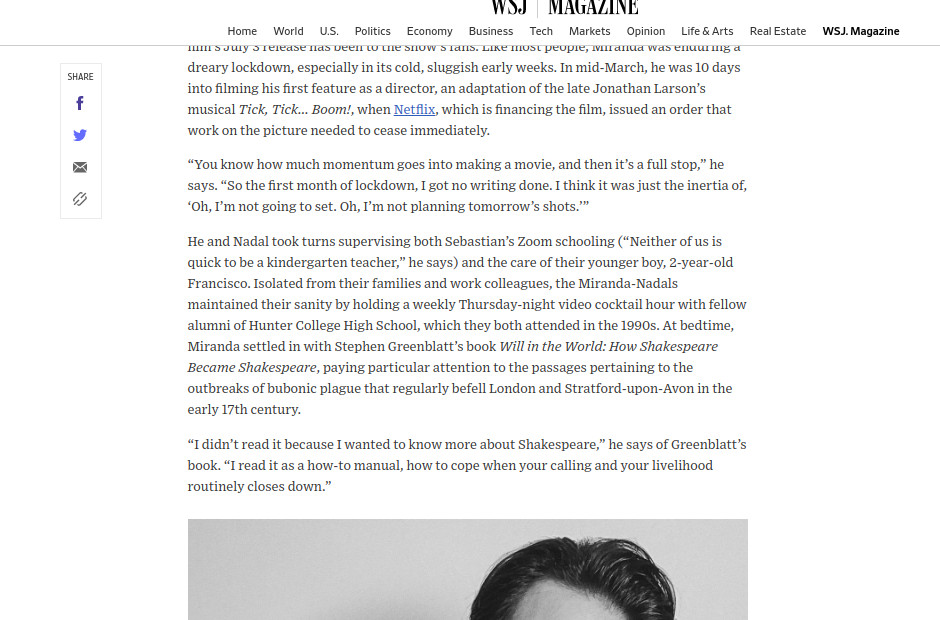 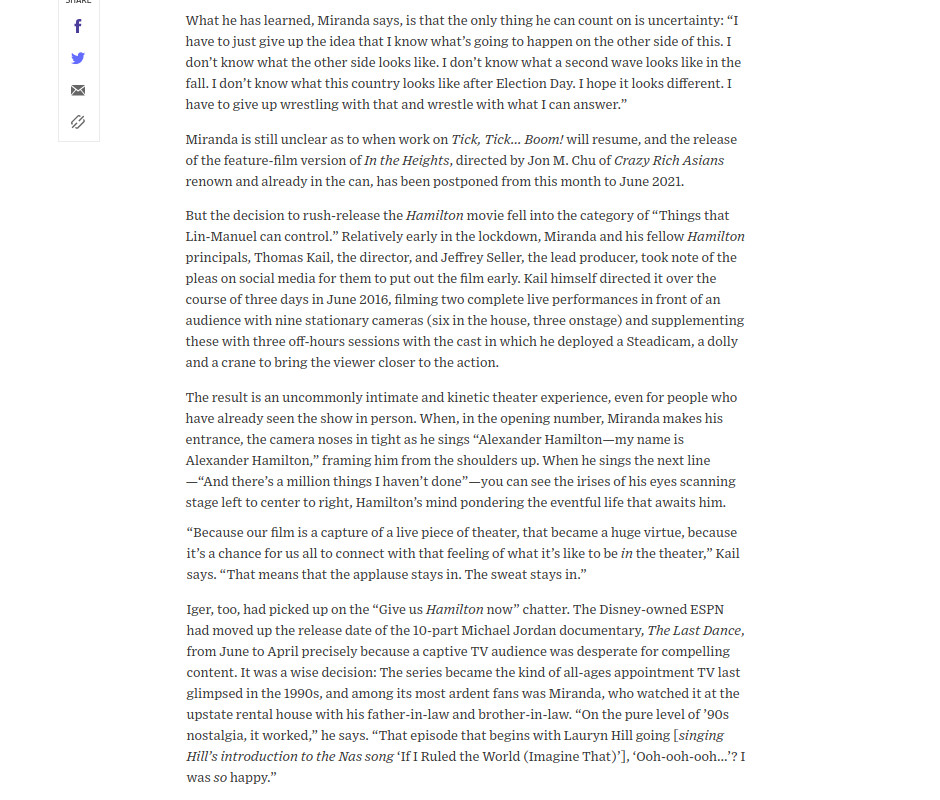 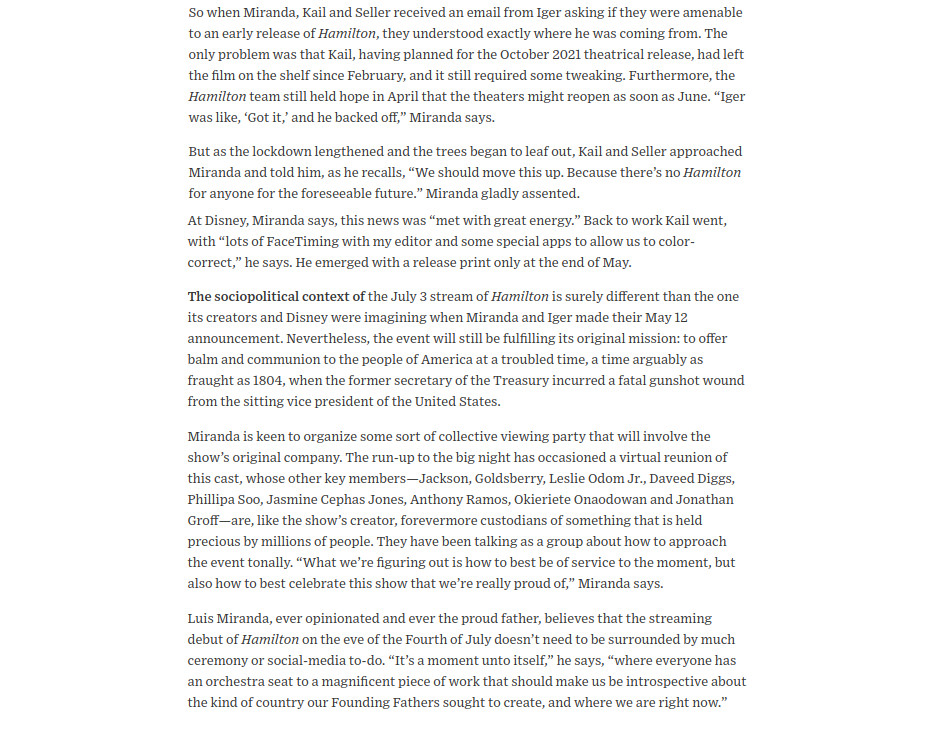