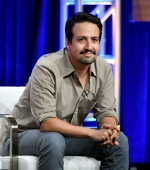 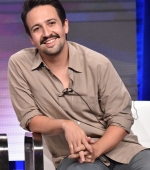 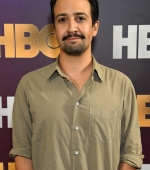 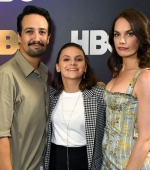 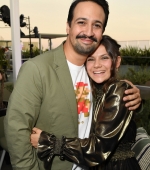 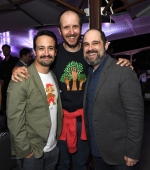 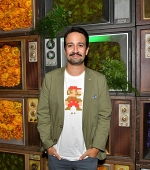 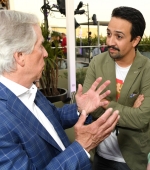 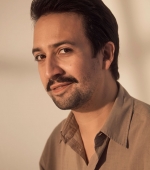 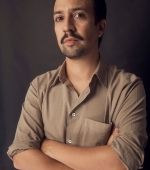 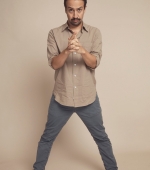 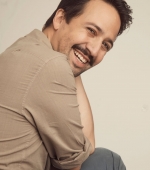 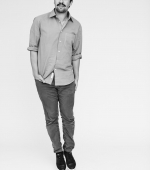 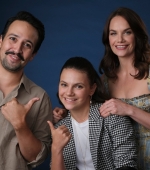 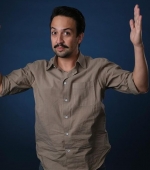 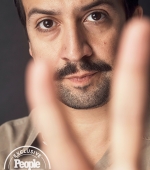 Under the cut you can read a report of Lin-Manuel Miranda’s part during the panel, thanks to CheatSheet.

No actual talking bears were utilized in the making of His Dark Materials. All of the talking animals and magical elements are added with visual effects later. That didn’t stop Lin-Manuel Miranda from imagining he was in Pullman’s world.
“It’s all I know,” Miranda said. “I never worked with a CGI anything. I worked with puppeteers and incredibly talented actors. Sometimes I was staring at an actor and something I was staring at an actor holding a bear’s head and sometimes I’m staring at nothing and the actor is over here but I’m still looking at my pretend bear head.”
That’s essentially what Miranda did every night on stage. Not that he was imagining he was actually in 1776. He had to imagine the audience was actually paying attention.
“Theater is the best training in the world for working with CGI on this scale because it gives you this Jedi focus,” Miranda said. “I can act through 20 f*cking people texting in the audience and I can act through anything after a year of seven shows a week.”
People pay $1000 for Hamilton tickets and still text?
“Never underestimate privilege,” Miranda said. “Never underestimate privilege but yeah, I have a really good focus because of theater training and that serves you really well when you’re acting opposite green dots sometimes.”
When he got the chance to star in His Dark Materials, Miranda was already a fan. Reading the books was actually something he and his wife did together when they were dating.
“I was 25 and I know that because I was dating my wife when I was 25 and we read the books together,” Miranda said. “As I was dating my wife, we read these books together. We were like oh, I heard this is good, I heard this is good and we were reading The Golden Compass when we started dating.”
That was 2005 and Miranda also remembers what else they were doing during their courtship. “We were also playing Grand Theft Auto and watching the Jay-Z documentary on The Black Album,” he said. “It’s a time capsule of 2005 to be sure.”
They tried to do His Dark Materials as a movie trilogy. The first film, The Golden Compass, did not warrant a sequel. Getting to do 16 episodes over two seasons, Miranda feels lucky to get to put more of the book on screen.
“It’s luxuriating in the world, honestly,” Miranda said. “It’s the fact that the freedom of Iorek Byrnison isn’t 10 minutes. It’s an episode. It’s an hour. It just means more of the page ends up on-screen.”
Jack Thorne wrote the adaptation of His Dark Materials for HBO/BBC. Miranda hinted there may be some new elements with that.
“It also means that we can indulge Jack Thorne’s vision of this because it is an adaptation,” Miranda said. “It is a translation. He loves Lee Scoresby. Philip Pullman loves Lee Scoresby so there’s more time with Lee Scoresby because he gets to dig into some of the novella roots. Philip Pullman wrote a whole separate novella for Lee Scoresby just because he liked him. We get to play with some of that source material as well.”
As a creator of Hamilton, Lin-Manuel Miranda had more on his plate than simply performing. As a composer of films, he’s busy behind the scenes. Just getting to act is a treat for him.
“I remember towards the end of our shoot one of the crew members being like, ‘Going on a long holiday after this,’” Miranda said. “I was like no, this is my holiday. I’ve got to go write like 50 f*cking things when we get back to the United States. Me pretending to be a cowboy in a f*cking hot air balloon is the vacation.”
Fortunately for Lin-Manuel Miranda, he’s still got season 2 of His Dark Materials to film.
“I go back to Wales next week and I go back on vacation and I get to be Lee Scoresby for two more months so it’s great,” Miranda said.